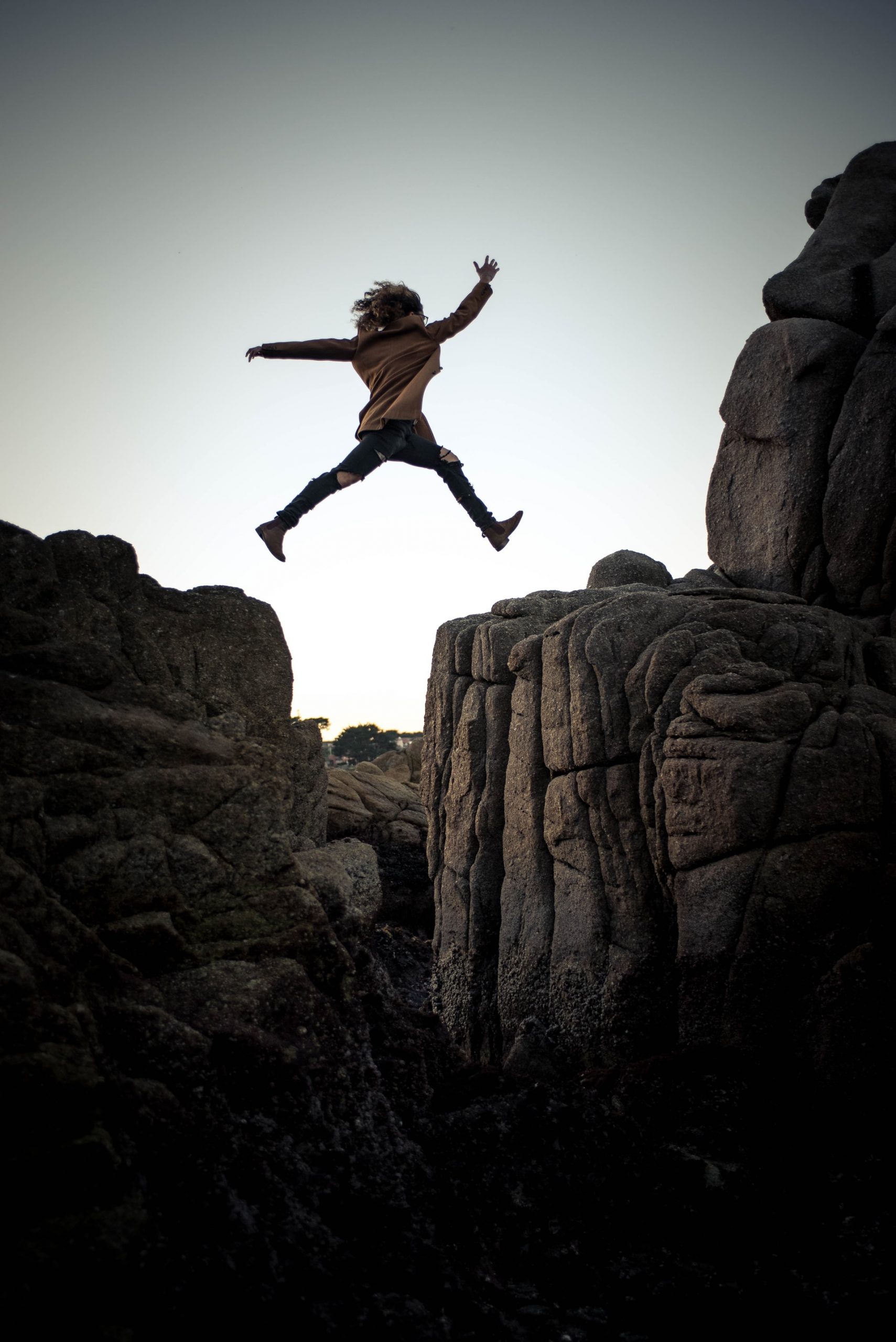 I named my original blog, "Adventures in Jumping," because I wanted to focus on everyday leaps, both figurative and literal, that we take to progress in life. I was surprised by the response I received from friends and acquaintances after leaving a nice paying full-time contract position 'in this economy.' As much as many of my friends cringed at the thought of me going jobless by choice, I was shocked at how many told me how much they admired my guts and determination.

The job environment had become so toxic and I was being consistently bullied and screwed with on a daily basis. Now, the Maria of yesteryear would have told them on the spot to kiss my fat Greek ass with feta on top, and left back in February 2009. However, I was attempting to be a less impulsive version of my former self, and doing my best to listen to my more conservative friends--that I should be lucky to have a job that pays so nicely in this economy, blah, blah, blah. I know, from growing up in inner city Baltimore, that the only way to deal with a bully is to beat the living crap out of them the first time they try to screw with you. I did not heed my own advice in this job situation and was left having my spirit broken on a regular basis.

It came to a head in June of 2009, and I'll spare the details here, but I just knew it was more than time to go and not look back. I knew the week before that I wouldn't last long. The sickness had spread to the department head and these people did not want to know or see the truth. The writing was on the wall and I knew I would be the next person to be 'thrown under the bus' (a term they loved to use there). I would be wasting my breath to say anything. I went on a SoCal road trip with my friend, Doris, to audition for Oprah's OWN network talk-show reality series. Unfortunately, we didn't make the final cut, but I felt so good doing what I really wanted to do, what brought me joy and happiness, and felt more like myself for the first time in a long time since being beaten down daily on the job with my little spirit in tatters. I knew the time was right. I would never be stronger than now. If I waited and tried to postpone, my resolve would dwindle and I'd be feeling defeated again. So, I took swift action, with the help of Doris's husband, who actually went with me that fateful Monday morning. Luckily, there were no confrontations, no drama, and I have never looked back. 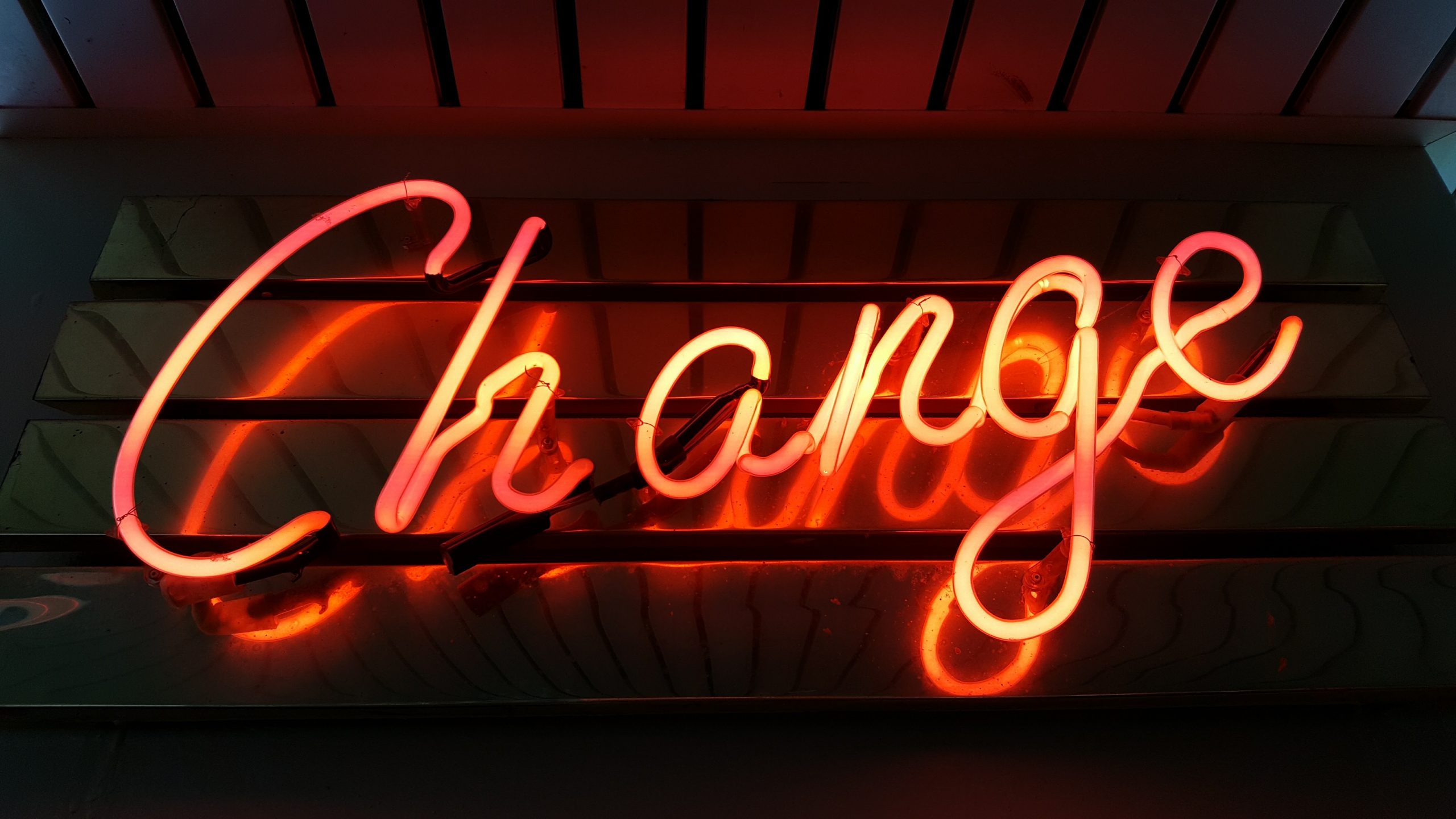 I still have the occasional panic attack over finances in the future, but I'm doing the daily footwork to move forward with my businesses and contract work. Fortune favors the bold and I would rather go down in a blaze of glory to rise from the ashes like the Phoenix, than to live in misery and mediocrity.

So, my advice when you know it's time to move on and you're scared to make the leap:

If possible, get something else going in the works while you plan your escape.

Dump the nay-sayers and the Debbie Downers IMMEDIATELY.

You have to get yourself to a place of certainty and strength.  Any decision made out of fear is usually the wrong decision. So, do something that connects you to yourself and helps you feel strong. (For me, it was the road trip and taking a risk with the Oprah audition.) I also sought out positive media, like Steve Jobs' commencement speech to Stanford, Jeff Bezos's interview on deciding to start amazon.com, Tony Robbins' material, etc.

River Monsters man, Jeremy Wade, told me that he has taken many jumps that seem utterly crazy to the outside observer, but before he jumps, he burns into his memory the exact reasoning for why this is the only possible course of action. Later on, if things don't go exactly as planned or anticipated, you can rest assured you still made the right decision without second-guessing.

Enlist the help and support of friends and family who are positive and behind you all the way.

This site uses Akismet to reduce spam. Learn how your comment data is processed.

Maria is dedicated to helping busy professionals “Do More of What Matters” so they can build a life by design instead of by default. She shares her own history, life experiences, and combines traditional clinical psychology with modern brain science to get results fast.